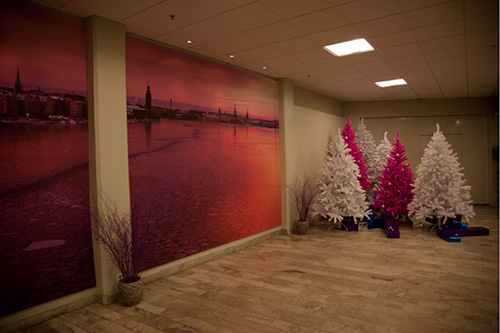 I have spent many days enjoying meandering on my own. I make no pretence of suggesting that I have done any pre sociological or political research, in fact I delight in being in a place where I am ignorant of virtually everything. I suppose I am simply a traveller – a pompous word helping me pretend I am not a tourist. Tourists are what other people are. However I quite like tourists, they travel to far away places to look at things they would ignore at home but they do it having fun. Of course they tend to patronise the cliche places which often become distorted by their very affection, but I feel a cliche place simply means a place that is over frequented because of its interest and I suspect for most visitors it’s their first viewing and that they enjoy it and the whole ambiance created.
I often recall a John Updike quote “Giving the mundane its beautiful due”.
It doesn’t surprise me that I have ended up being a traveller who enjoys passing time by photographing the trappings of tourism.

David Hurn is a photographer who has seldom accepted assignments preferring to work on his own ideas and projects. In 1967 he was invited to become a full member of Magnum Photos. He mainly lives in Wales.

He has written: “Life as it unfolds in front of the camera is full of so much complexity, wonder and surprise that I find it unnecessary to create new realities. There is more pleasure, for me, in things as-they-are.”

In a WoMAN’s world – Martina Holmbe...